Zac has been involved in the sport of powerlifting since 1997 and USA Powerlifting since 2000.  He brings extensive knowledge as a coach for both raw and equipped powerlifters as well as the expertise with helping those athletes that are interested in transitioning from raw to equipped.

Since 2006, Zac has given dozens of clinics throughout the US coaching the importance of proper mechanics in each of the power lifts.  He has always maintained that the key to 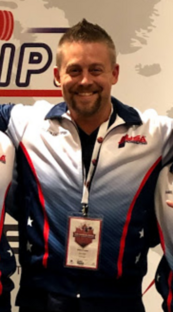 Ivan brings over 15 years of experience as a competitive powerlifter and national level coach.  In addition to holding multiple NAPF Championship titles, IPF World Championship medals and NAPF records, Ivan has coached dozens of lifters of all levels from local and provincial competitions to the IPF World Championships and the World Games.  Ivan's unique ability to strengthen each athlete according to their individual needs is proven every time they step on the platform.

In addition, Ivan has the following organizational experience:

minimizing injury and maximizing performance is the optimization of properly executed lifts completed with efficient mechanics.  His mission has remained constant… helping others succeed and improve the quality of their lives through the power of strength.